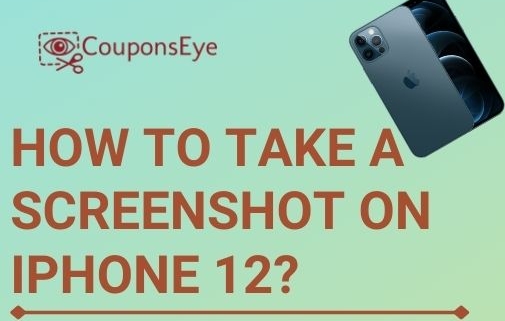 Iphones are distinct from an android in several ways and the functionalities of an iPhone are also way too distinguishable than Androids. Iphone’s features are also variable and a little bit complicated. The new iPhone users always have queries regarding the functions. How to take a screenshot on iPhone 12 is one of them. If you also want to take a screenshot on your iPhone and are unsure of the fact that whether it is a three-figure swipe or a combination of buttons, you are at the right place.

How to take a screenshot on iPhone 12 or previous models with a Power Button?

A screenshot is only a few keystrokes away on an iPhone. With the improvement in the screenshot tool of the iPhone.  Let us quickly take a look at the simple ways to take a screenshot on the iPhone 12.

Step One: Press the side button of the iPhone along with the volume up button

The display screen will flash for a millisecond and the screenshot that you took will appear on the left corner of the screen. It has an autosave system.

Then click on the screenshot if you are willing to edit it. A Markup screen appears. It will enable you to draw on the screenshot with the numerous tools that it provides. Options to be added include text, signature, different shapes such as arrows and speech clouds. A magnifier tool is also included to magnify the text or the portion of a screenshot.

The tools in this preview are really simple and comprehensible. The top portion includes an undo and redo button whereas the other editing tools are at the bottom of the preview.

Capturing screenshots might be a feature provided in every smartphone however when it comes to iPhone, it is way overreaching than other smartphones. The Markup feature makes the process extraordinary.

Also Read- How to Transfer Videos from iPhone to Mac?

How to take a screenshot on iPhone 12 without a power button?

For having an Assistive touch, you will need to enable the same too. Assistive Touch is an activity feature that allows you to access numerous functions of the iPhone. So that you don’t have to use other buttons and menus which is a long process. If you want to activate this feature just:

On the other hand, on the primary AssistiveTouch menu, select the Double-Tap or Long Press choices and set them to Screenshot. This is significantly more advantageous, as you don’t need to open the menu to get to the capacity—simply tap the button to actuate it. Through this tutorial, you can easily capture your device screen.

How to take a screenshot by tapping on the back of the iPhone?

For making it an easier process, another shortcut can be combined using the following steps:

This will let you customize dual actions when you tap twice or thrice on your device’s back.

Among the various ways to capture a screenshot on iPhone 12 here, we conduct the easiest ways. Through the above-mentioned ways, you can easily take a screenshot of your iPhone screen. Nit only in iPhone 12 these methods also work in the previous models of iPhones.