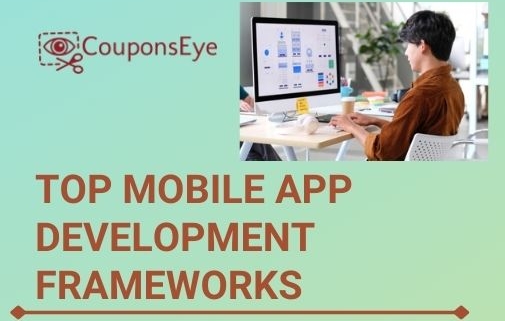 Mobile app development frameworks play a vital role in app development because it makes the development process faster, smooth, and quick. Mobile applications are created for different platforms including iOS, Android, and windows. So, it’s crucial to first decide for which device you need to create an app for, as apps come in diverse shapes and sizes. And in terms of devices, frameworks are categorized into three main categories:

Native Framework: It’s a platform-specific development framework that is designed for a particular OS or device such as Android, Windows, etc. It’s important to follow the specific OS requirement for creating a native app.

Mobile Web App Frameworks: It’s a type of web-based framework that is available for any device. It’s designed for creating a web or desktop app by allowing developers to have complete control over their apps.

Hybrid Apps Framework: Hybrid app is a cross-platform app development that is an amalgamation of native and mobile web app components. It’s capable of operation on different platforms with faster build times and quicker launch time in the market.

Also, you can check the top best mobile game app development which will be beneficial for increasing engagement towards applications.

As we’ve discussed what a mobile app development framework is, now it’s time to explore the top seven cutting-edge mobile frameworks that every mobile application developer must use to build exceptional mobile apps.

Google developed flutter as an open-source UI software development kit for the development of cross-platform applications with a single codebase. The code is only written once and runs everywhere that saving the development cost required in the mob app development. Developers can create beautiful and flawless mobile, web, desktop, and embedded apps through a flutter framework that can be run on multiple operating systems including Linux, Android, macOS, iOS, Windows, and Google Fuchsia. The software development kit (SDK) of flutter includes pre-written codes, ready-to-use, and customizable widgets, layered architecture, libraries, tools, APIs, documentation, etc. Flutter is extensively used in the creation of on-demand apps, gaming apps, photo editing apps, AI-powered apps, native apps, and much more.

Xamarin is a . NET-based open-source and cross-platform mobile development framework that was launched by Microsoft in 2013. This framework has a native library and flawless tools for building high-performance iOS, Android, watchOS, macOS, Windows, and web apps. Xamarin ecosystem is integrated with native APIs, backend services, components, and more. Whether you’re building a native user interface or designing a uniform user interface across platforms, your app will act and behave as expected by your users. Xamarin can be seamlessly integrated with Azure for powering storage, database, or intelligent services in your app.

Como app builder that is now well-known as Swiftic is a mobile app development framework that has helped many businesses in creating a top-notch mobile app. It allows developers to create a custom app and loyalty program for their business by utilizing the do-it-yourself app solution. Instead of starting from scratch, Swiftic allows starting development with the current components online that make the development process quicker and faster. This framework is highly flexible as it provides a smooth user experience (UX) interface and simple techniques. It comes with many functionalities including app advertising, social media feeds, visual components, and so on.

Iconic is one of the best open-source cross-platform app development frameworks for creating highly interactive hybrid apps. It offers mobile-optimized UI components, tools, gestures, and an open-source UI tool kit. Iconic has pre-designed UI components that look seamless on all mobile devices and platforms. Iconic has developer-friendly tooling that allows you to create, build, test, and deploy apps on multiple platforms that run fast on the latest mobile devices. The components of iconic are written in HTML, CSS, and JavaScript that helps in building modern high-quality UIs.

Apache Cordova is an open-source mobile development framework that allows developers to create hybrid web applications for mobile devices. It has access to native device APIs and other device components including camera, GPS, Ram, etc. Apache Cordova comes with a 3rd-party management tools kit that makes the app development process quicker. It’s suitable for developing a mobile app that runs on every phone or tablet launched in the market. It has a Cordova plugin that provides a JS interface to native components. It is one of the top mobile app development frameworks.

Kotlin is a modern framework that helps in creating advanced android apps. It’s fully supported for android app development with Kotlin-friendly SDK. The development is concise, pleasant, and idiomatic. It is easier to deploy compiled code to a native platform using the Kotlin app development framework. Kotlin has concise features that allow developers to focus on expressing their ideas and writing fewer codes. It boosts up productivity and provides code safety.

Mobile app development frameworks are vital to the success of a mobile app because it has valuable features and functions. The development cost is decreased and task efficiency and performance are increased by using mobile app frameworks. The upcoming mobile apps are more powerful and advanced that require top-working frameworks. Developers can customize their mobile apps by integrating unique and personalized features for providing the best possible user experience. It also helps developers in launching the app faster in the market to stay ahead of their competitors. The mobile frameworks described above have a strong value in the marketplace that will be going to take your mobile app to the next level of success.

Best Alternative To Wacom Tablet 2022- Grab The Best One